Unfortunately, because of diet culture and counterfeit beauty standards, many people know what it’s like to look in the mirror and not like what they see.

More than half of Americans say they want to lose weight. And while this disordered relationship with our food and self-image does affect people greatly, unless you have an eating disorder, it’s hard to imagine what it’s really like.

Honestly, it’s as if you’re in an abusive relationship. One minute it’s spewing hateful thoughts about you and the next it’s apologetically, promising that if you listen to what it says you will achieve happiness.

For us, eating isn’t about feeding our body and keeping hunger at bay. Food can function as a savior one second (being a type one diabetic, I can attest that food is freaking medicine) and as your worst nightmare, the next —each change hits you unexpectedly, leaving you feeling completely out of control.

I’m not trying to be dramatic.

But eating disorders can quite literally be a matter of life or death. I mean, nearly half of all people who battle anorexia, bulimia, or binge eating disorder (BED) have experienced suicidal thoughts at one point or another. In fact, there are many cases in which people end their lives because their eating disorder has become too difficult to handle.

I say that because this disease is not solely based on the pursuit to “look beautiful” —for those who have this mental illness, it’s so much more than that. It’s like your heart says one thing but your brain says another. 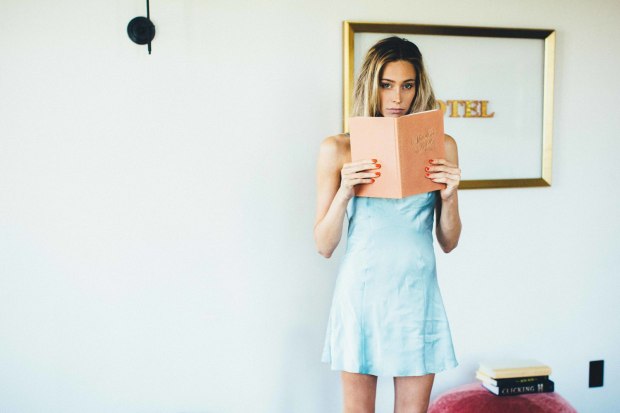 Personally, I’ve suffered from anorexia, BED, and body dysmorphic disorder since as long as I can remember. I can tell you from personal experience that it’s a debilitating mental illness that can wreck your universe. Before I sought treatment, I lived in an unpredictable world of self-hatred and loneliness.

One thing I always wish people knew about living with an eating disorder is that it casts a shadow on everything in your life, no matter how small it may seem from the outside —and sometimes, it can feel like you’re fighting a losing battle.

So, this is what it’s really like to live with an eating disorder —at least from my perception.

1. Thoughts Of Food Consume Our Mind Most Of The Day

Living with an eating disorder is not really living. It’s like trying to take a breath in a smog-filled room —each breath feels like it’s killing you. It’s as if all you can think about is food. I find myself consumed.

According to the National Centre for Eating Disorders in the UK, to “think and anguish about food all the time” is a primary characteristic of an eating disorder. Food becomes the lens through which you experience your world. You can’t just go about your day without simultaneously thinking about its relationship to eating.

2. We Battle Bouts Of Shame After We Eat A Meal

It’s 9 p.m. I ate healthy all day and I’m actually feeling good. Then, out of nowhere, it’s like my brain won’t let me sleep until I eat something. My mind literally says, “Chips, chips, chips, chips!!!” And, sometimes, I’ll eat those late-night chips. 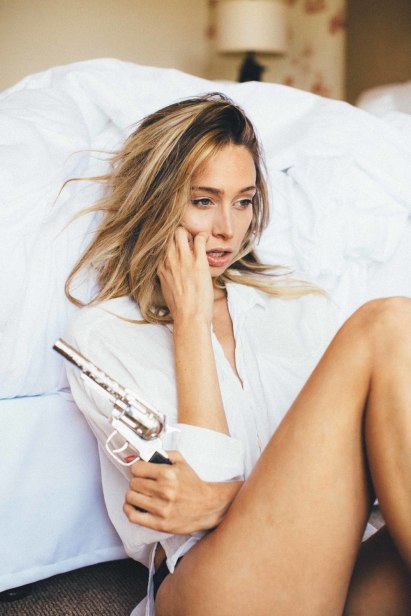 I’m not talking about basic food regret, where you complain to your friend about eating that extra heap of fries. It’s more destructive than that.

When my eating disorder was in full swing, I used to lock myself in my closet and fall into this deep hole of depression, all because I ate a normal dinner after swearing that I would only have smoothies for the rest of the week. This is pretty typical eating disorder behavior, and it feels perfectly normal when we engage in it.

But that doesn’t mean we enjoy it because it hurts —physically and mentally. This disease is very isolating. None of the symptoms make any sense, so it’s really hard to explain to someone who doesn’t understand. You look skinny. Isn’t that good enough?

No. That’s the thing, an eating disorder will feed you lies. And so, you let the condemnation win as you sit alone in your bedroom debating whether or not to blow your brains out (figuratively speaking, of course).

3. Which is Why You Prefer to Eat Alone

If you really think about it, it’s nearly impossible to eat all your meals in complete isolation. There’s always somebody around, especially when you’re eating out or having lunch at work. But for someone with an eating disorder, this is a complete nightmare. If it were up to us, we’d only eat when no one else was around. That way, nobody can judge us, nobody can make us feel like a freak (because that’s how I feel most of the time).

I remember this one instance, I was eating an early morning snack not doing anything wrong. My brother-in-law, whom I was living with at the time, comes into the kitchen to make some coffee.

For some reason, I didn’t want him to know I was eating.

So I dumped my snack into the nearest cabinet and pretended I was cleaning. That said, one of the hardest parts of the healing process is learning to eat with other people around. It sounds simple enough, but it’s a shift that can make us feel like we fit in amongst our friends and family —like we truly belong.

4. Plus Eating Is Torture

For most people, eating is a normal part of everyday life, usually an enjoyable one. They gather around a table with friends, share warm dishes, and get lost in laughter. The world of food is a very different place to people with an eating disorder, and the simple act of eating can be rather difficult. We get anxious about how that slice of pizza will damage our body and we worry we look disgusting as we take each bite.

It’s like one part of me thinks, I’ll gain 10 pounds immediately after eating, while the other knows this is a lie and clearly absurd. As a result, maybe I stay in bed a little bit longer to wait for everyone to finish their breakfast or dinner as I make my way into the kitchen.

You know when you’re watching a scary movie and that girl decides to go up the stairs instead of running outside? You’re angry just watching it happen. “Stop! Don’t go up there! Why is she going up there?” —except you are that girl. You’re watching yourself, but you still don’t feel like there is anything you can do about it. As a result, I observe just about everything as my mind stays stuck playing that same loop of negative thoughts.

5. We’re Hyperaware Of What The People Around Us Are Eating

One of the reasons you may be concerned with what you’re eating in public is because you’re worried about what your food intake is like compared to the next guy or gal. A person with an eating disorder becomes unhealthily preoccupied with what other people are choosing to eat at any given moment of the day.

For instance, in any office or classroom setting, I was in, I would never be the first person to whip out a snack. I’d closely watch what everyone around me was doing and only followed their cue if it wouldn’t bring me any unwanted attention. It was an exhausting way to live, and ignoring your own body’s needs to that extent takes a toll on your health.

And maybe we do. For me, showers are just about the only place I feel normal. I mean when I was in treatment for my drug addiction, one of the female addicts told the staff I was taking excessive showers after every meal. She thought I was bulimic and why the hell wouldn’t she? I’m the girl who cried wolf. Want to know the funniest part? I actually wasn’t throwing up (seriously, I would tell you otherwise) because little did she know, I can’t vomit unless it’s projectile since I don’t have a gag reflex.

At that point, I was an undiagnosed type one diabetic.

So every time I ate a meal, I felt disgusting, and not in the eating disorder way. The truth was, I always had to pee (another symptom of type one diabetes —see what I mean). I had the standard dry mouth (most likely a side effect of my new medication and another hint I had high blood sugar).

So I’d brush my teeth, wash my face and pee after all my meals. And maybe one out of 10 times, I would take that shower but I most definitely was not throwing up. 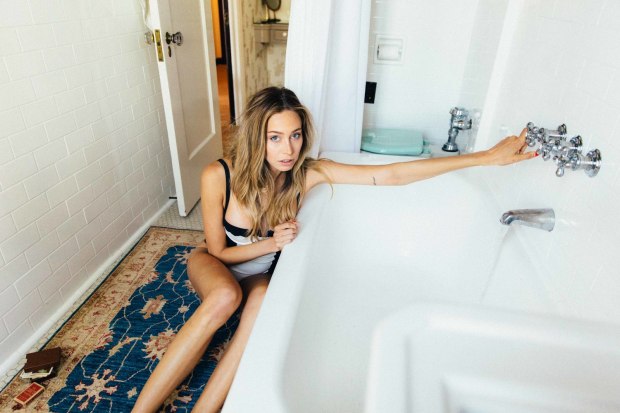 After the girl told on me, I was forced to vacate my living quarters and move into the nurse’s station. The staff wanted to monitor me after every meal. I had to sit with one of the techs (rehab employees) for 20 minutes following breakfast, lunch, and dinner to ensure I wasn’t going to turn the shower on and throw up.

But like I said, I wasn’t. I really wasn’t, so I had nothing to hide.

Can We Get Better?

Absolutely. Recovery is possible with the right support and treatment plan.

Eating disorder therapies are forward-looking. They are not just about food and weight. Recovery is about building a new relationship with food of course, but also about emotional strengthening, raising self-worth and finding better ways of feeling in control.

A good, trustful relationship is perhaps the most important part of recovery, therefore, you’re going to need help. You’ll want a support system and some sort of counselor.

For me, I went to therapy to improve my self-esteem and to change my behavior. It took a while but slowly, I’m finding my way back. I can look in the mirror today and actually like the girl staring back at me.

And you can too. I’ve learned that when people say recovery, they typically think of returning to how they were before their illness. But honestly, there’s no going back. You don’t merely recover. Rather, you reinvent yourself. You become something completely different than what you were before.

And that my friend is healing.

25 thoughts on “Nothing Tastes as Good as Skinny Feels: What It’s Really Like Living with an Eating Disorder”