I can’t imagine being in high school today. Back when I was a student, we didn’t have to worry about screenshots or viral tweets. Yeah, we had our Myspace top eight and AIM away messages but things are different now.

Social media has dramatically transformed the way we interact, socialize, and maintain relationships. While there are advantages to living in this virtual universe, there are also several drawbacks. We are missing out on critical social development skills when we spend the majority of our free time attached to a device.

It’s far too easy to get lost in a world of unrealistic comparisons, overanalyzing, and cyberbullying.

I’m sure at this point, you have at least one social media go-to. Chances are, you have a profile on multiple platforms. I know I do. Except, far too many times, I find myself unconsciously reopening the very app I closed just a minute ago. I tell myself I’m done and yet I never really am.

I scroll and scroll. I feel dull and left out. When I look at people’s lives through these virtual filters, it feels like one big party that I wasn’t invited too. How can my real life possibly compare? I sometimes get caught up in this comparison competition. Do you?

When I really start freaking out, I have to remind myself to take a step back and remember, for the most part, people only share what they want others to see. They’re pushing for a shooting star explosion while leaving the mortifying minutes on the cold pavement floor.

I really can’t blame them. I do the same thing.

It’s no big secret that communicating via text, Snapchat, or Twitter can include harsh critiques and judgments. It’s easier to make statements on a screen that would otherwise be difficult to verbalize in person. Disjointed shorthand conversations can easily result in misunderstandings. And so, you pretend. It’s easy because no one really sees you.

I find myself posting a host of photos of an epic night out —the one-day last week that I actually felt OK. I mean, why wouldn’t I want to show off my new outfit and perfectly displayed champagne glass to Instagram? I want everyone to think that I’m as happy as the pretty girl I pretend to be online.

But Is That Really the Case?

No. Research suggests there’s a link between spending extended time on social media and experiencing negative mental health outcomes and I have to agree. A report by the Royal Society for Public Health (in the UK), surveyed 1,500 young people, ages 14 to 24, to learn just how social media effects issues like anxiety, depression, self-esteem, as well as body image. 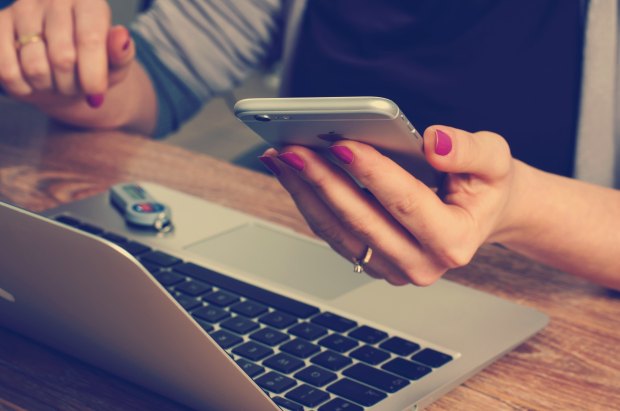 There were certainly other benefits associated with social networking. All of these sites received positive scores for self-identity, self-expression, community building and emotional support, for instance. Facebook even has a ton of closed support groups that I actively participate in.

Because yes, these platforms help you keep up with friends and family too. They help you drive that virtual creativity, but more times than not, you end up getting sucked into the black hole of notifications and newsfeeds. We live in an era where you can cyberstalk anyone and everything, yet, you’re at home in your striped pajamas feeling like shit because everyone is having more fun than you.

According to Time Magazine, other studies infer that young people who spend more than two hours a day on social media are more likely to report psychological distress. Seeing friends constantly on vacation or getting drunk can make you feel like you are missing out while others enjoy their awesome life.

These feelings can promote a ‘compare and despair’ attitude, the study says.

Social media posts also set unrealistic expectations that lead to feelings of inadequacy and ill self-esteem. This may explain why Instagram, where you can only post individual pictures, received the worst score for body image and anxiety.

As one survey participant wrote, “Instagram easily makes girls and women feel as if their bodies aren’t good enough as people add filters and edit their pictures in order for them to look perfect.” 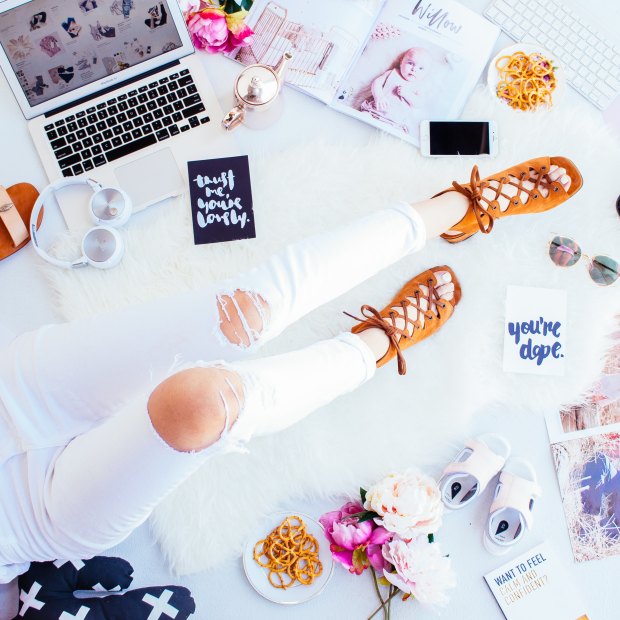 Dr. Millie Chang, a psychiatrist from New Port Richey, Florida sees plenty of evidence of poor mental health in the younger generation because of social media. I mean two or three years ago, it was very uncommon for a child to answer their phone or text during a social engagement or meeting.

But now, you can almost expect it. Chang has seen a rise in cases where social media contributes to teenage depression, anxiety, and other mental health issues. These problems are often complex and wide-ranging —from excessive use of gaming to feelings of inadequacy brought on by a constant bombardment of social media images of other people’s lives.

It Seems to Be Getting Worse, Not Better

16-year-old, Samantha Flex was referred to Chang after she cut herself and ended up in therapy. Flex was a normal teenage girl. She wanted to be liked by her peers —almost to a fault. She was shy to the point where people thought she was rude. She wasn’t.

When a fellow classmate made fun of Flex for being just a few pounds overweight in front of the entire lunchroom, tears weren’t the only thing running. Flex dashed to the bathroom, took out a pair of tweezers out of her purse and silently slit her wrist.

After she passed out from losing so much blood, an upper-class female found her on the bathroom floor, still bleeding. The student woke Flex up and brought her to the nurse’s office where they called Mrs. Flex. Her mom thought the worst was over once they bandaged her sweet daughter’s wound up but it was yet to come (the aftermath).

Little Flex was then sent home for the rest of the week. On their way back, Mrs. Flex stops to buy her a vanilla ice-coffee —in hopes, it would cheer her daughter up. It didn’t. Flex’s mom tried to talk but nothing came out. Little Flex had nothing left to say or at least couldn’t find the words to verbally express herself. At the same time, she wanted to know what her classmates were saying about her absence. And so, she unlocks her iPhone, signs online only to see countless tweets of her so-called friends mocking her suicide attempt. This is not a joking matter. She tried not to care. She tried to close the app but unconsciously she couldn’t.

The thing is teenagers who dare to bare an alternative view or anyone who looks different for that matter, open themselves up to the risk of virtual abuse because online bullying can have a more intense effect than low blow recess digs.

As Flex continued to read these awful comments, she felt more alone than ever. No one understood how hard it was to simply be. They didn’t need to poke fun at this situation and they certainly didn’t need to keep discussing it. Talk about killing a dead horse. But that’s the thing about social media, it’s never ending and these words never go away.

Well, her mom made that appointment with Chang the very next day, as the two made their way to their final destination. Once there, they had to wait but only for a few. Little Flex waved good-bye to her supportive mother as the receptionist walked our patient to the back.

“My first thought was to put her on anti-depressants but after chatting, it sounded like her use of social media was having a negative impact on her health,” Chang proposes.

So she suggested a simple solution —Flex should attempt to wean herself off social media, restricting her time to just an hour before bed. Over the course of a few weeks, she was told to extend this to two hours at night and two in the morning while continuing her therapy. 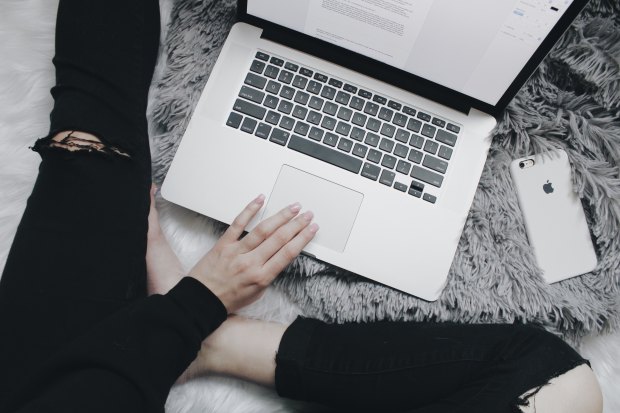 What do you think followed? “She reported a significant improvement in her wellbeing and, after eight months, I had an email from her mother saying she was happier at school,” Chang happily affirms.

It wasn’t easy by any means. You have to break that muscle memory ingrained in us from hours of social media use. Like I said in the beginning, sometimes when I don’t even want to be online, I find myself opening Instagram or Facebook just to endlessly scroll at nothing. And so, by training her brain in therapy and disconnecting, Flex found her joy.

This and similar cases have led Chang to question the role social media plays in the lives of young people and she’s right. “Social media is having a negative impact on mental health. Period,” Chang finishes. “I do think it is a big problem and we need some rules. How do we educate society to use technology so it helps us rather than harms us?”

So what are those rules and what is the solution to this seemingly never-ending problem? Unfortunately, like everything else in life, there isn’t an easy fix because this issue isn’t black and white. The truth of the matter is, social media is everywhere. I think all of us, on some level, are addicted to the instant gratification that social media offers.

It’s like we judge ourselves based on how many likes and followers we have.

I too have to remind myself that what I’m seeing is never the full story. It’s never as effortless and perfect as it looks. I can promise you that. You’re not witnessing the epic fails, the hilarious antics of balancing on boxes to get the precise shot or the in-between takes of a casually arranged Kodak moment. You’re seeing the elegantly executed final shot.

Because the outtakes —well, they’ll never make it online.

So when you find yourself sitting on your bed with your laptop open, don’t take these posts at face value. I actually encourage you to wean yourself off just like Chang suggested to Flex. Today, she heads a support group with depressed teens and is on the other side because she simply unplugged. 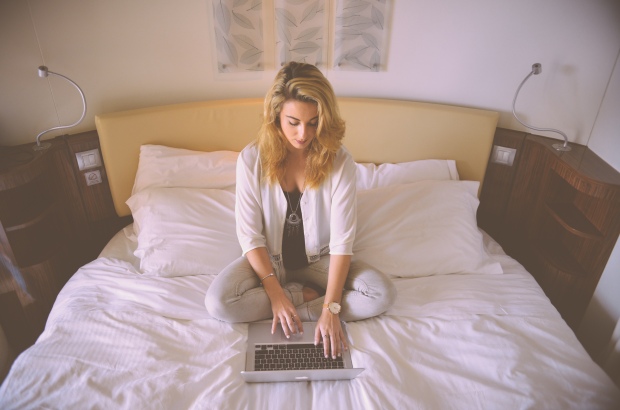 Or, consider moving your social media apps to the back of your phone so that they aren’t the first thing you see when you slide to unlock. You could always schedule social media time on your calendar so that your days aren’t filled with tech neck and angry tweets.

If you’re a parent of a teenager, keep an open line of communication with your daughter or son. I think that’s the most important thing that you can do. They need to know that they have someone they can confide in when their time on social media takes a turn for the worst. Because eventually, someone will say something that hurts.

But remember, feelings aren’t facts and this too shall pass. The fastest way to kill something special is to compare it to something else. And why compare yourself to others? —when no one in the entire world can do a better job of being you than you. I mean look at the sun and the moon. They both shine when it’s their time.

15 thoughts on “Social Media & Depression: Why We Need to Stop Comparing Our Behind-The-Scenes With Everyone’s Highlight Reel”