I bet you know more people than you might think who have at least thought about committing suicide.

I bet you wouldn’t expect that I contemplated it myself. I actually tried to end my own life. So when I heard the awful news about Anthony Bourdain and Kate Spade, it hit home because I’ve been there and from the looks of it, I’m not alone.

On average, there are 123 suicides per day in the United States.

But why are so many of us depressed? Why are so many Americans sad enough that they think ending their life is the answer? You’ve heard this before: it’s a permanent solution to a temporary problem and although most people don’t like that cliché —it’s true.

For me, back then, I was severely addicted to opioids.

I was so lost that at a certain point, I thought there was no way out. I didn’t think I’d ever get better. I was hopeless and hurting. I simply wanted it all to end. I didn’t want to feel the way I felt anymore. And I thought that if I killed myself, maybe I’d find some fucking peace. I think it was more so a cry for help than anything else but it still happened.

For some, I bet this is hard to understand.

It’s difficult to grasp because it doesn’t make sense —not even to the person thinking about it. What I want you to know is that someone contemplating suicide is in a state of overwhelming emotional pain that their thoughts and actions are no longer rational.

Your pre-frontal cortex goes offline and you have this flight, fight or freeze impulse where suicide seems like the best way out or at least, the best way to fight for your survival.

As Journalist Johann Hari wrote in his best-selling book Lost Connections: Uncovering the Real Causes of Depression — and the Unexpected Solutions, the epidemic of depression and despair in the Western world is largely caused by the way we live, which then affects our brain, how we feel and what we do because of all that.

It makes sense. I mean, we exist pretty disconnected from our extended families, friends, and communities —except for the shallow interactions of social media. Most of the time, we’re too busy trying to be society’s version of successful that we fail to realize once we do reach our goal, most likely, it won’t be enough. It never is; partly because it’s about the damn ride, not the destination.

We’re habitually in such a rush that we fail to enjoy the journey itself.

If we could just get that promotion, if we could only buy a bigger house or hook up with someone hot, we’d finally be happy. Except, we won’t. That’s not how it works. Because even if you get everything that society tells you too or everything you yourself have dreamed of, you may realize that you can still be unhappy.

In an interview earlier this year, known for his energetic slapstick performances, actor and comedian Jim Carrey points out that in many ways achieving all of your goals can actually provide the opposite of fulfillment. He says that it merely proves nothing you purchase, possess or achieve will make you feel fulfilled in the long run.

Now, I’m not telling you to stop trying to reach your goals.

I’m just trying to paint a picture that it’s all about our insides. I mean, look at Anthony and Kate. They were both seemingly happy because they were successful celebrities, right? Wrong. They were both severely depressed even though they had a shit ton of fame and money. And that’s the thing about depression. It’s not always sadness.

It’s feeling numb at 3 a.m. but smiling at 3 p.m. It’s not being able to get out of bed even though you were fine the day before.

In short, we’re all fighting a battle, others know nothing about. We all want to be loved and feel happy but I think society has undoubtedly made us think that we need to pretend everything is OK even when it’s clearly not. Yeah, I’m smiling, but don’t let that fool you. Because that’s the thing about depression. You know eventually you’ll be OK, but you still feel awful today. You know people love you, but most of the time, it doesn’t feel like it.

And you want to be well, but you just can’t seem to get there.

I tell people it’s like you’re already dead. It feels like you’re a ghost. You’re floating through your days feeling insubstantial, cut off from warmth, light and anything good. Sometimes, it feels like you’re in a coffin buried alive. You’re screaming but no one can hear you. There are no fevers, no rashes, no blood tests to send people scurrying in concern —just the slow erosion of self as you die a little more inside.

It’s like every smile you fake, makes it that much harder to push forward. You push and you push until there’s nothing left. And then society blames you, calling you weak or selfish. I say, rather than condemning the person hurting or stigmatizing someone’s despair and emotional distress, which honestly are both byproducts of a culture that values people based on financial wealth and social status, we need to acknowledge that something isn’t right.

We need to stop.

We need to stop shaming people who have a mental illness. We need to stop telling those who do that it’s a bad thing or something to be embarrassed about. It’s not. Mental health issues are nothing to be ashamed of. And you know what? You don’t need to have a mental illness to contemplate killing yourself. I think most of us often assume that people who commit suicide are mentally ill, but that’s not always the case.

Yes, there are people who have chemical imbalances who should be treated with medication and talk therapy. For the most part though, Americans are depressed, anxious or suicidal because something is wrong with our culture —not because something is wrong with them. There are many factors that have nothing to do with mental health, such as a breakup, isolation, chronic pain, financial burdens, in addition to trauma or abuse. 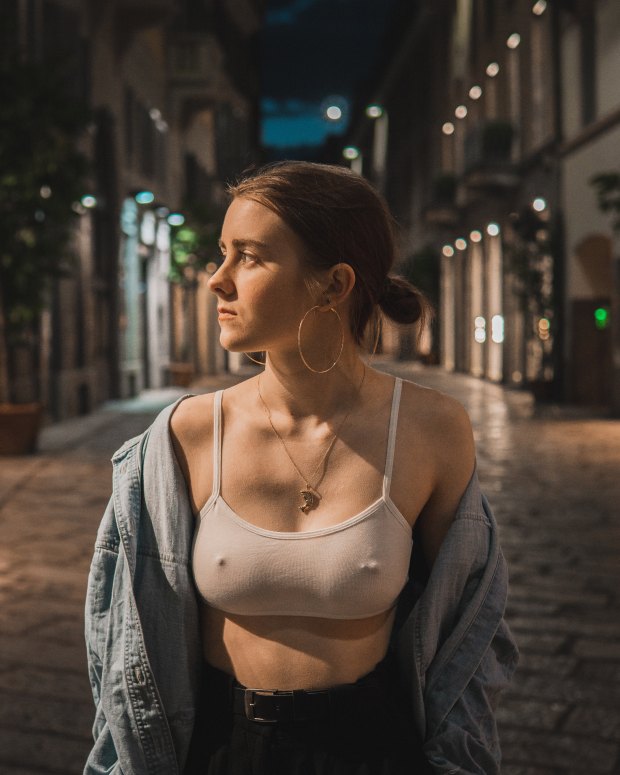 Oh, and if someone asks for help (whether they have a mental illness or not), they are automatically judged and put in a box you don’t want to be in.

No wonder why no one wants to get real.

No wonder why we use Instagram filters to filter out how we really feel. People rarely want to put themselves in a situation where they’re made to feel inferior. But let’s break away from the same old shit. Let’s get real without worrying what others think. Because confidence is not ‘they will like me’ —confidence is, ‘I’ll be fine if they don’t.’

And you know what? At the end of the day, as I already said, we’re one of the same. Suffering is suffering. Hurt is hurt and we all just want to be happy and loved. So instead of doing what everyone else has always done, let’s do things differently. Let’s help people cultivate their lives so that happiness isn’t based on winning. We need to step away from the black hole of notifications and newsfeeds. We need to be honest with ourselves and the people around us —even if it’s not what you think they want to hear.

Heck, you probably don’t even want to hear it.

But that’s exactly why it’s so important.

Get this. Researchers recently conducted a study examining the lives of over 20,000 American adults. The results were surprisingly devastating. Among other findings, it revealed that 46 percent of respondents feel alone either sometimes or always and 43 percent say that their relationships are meaningless. Even more heartbreaking —27 percent admit that they don’t have one single person in their life who truly understands them.

This is not OK. To make matters worse, 66 percent confess that most of the time, they pretend things are better than they actually are, which is why as soon as news broke about Anthony’s death, many were completely stunned saying that they saw a video of him laughing only two days ago. “Surely, something must have happened. He seemed too happy to kill himself.” “Why would he commit suicide? He was rich and famous!”

Similar remarks were conveyed when we heard that Kate Spade also took her own life.

“But she’s got a 13-year-old daughter. Why would she just leave her child behind? This doesn’t make sense.” Only it does. It makes complete sense to anyone who has ever descended into the bottomless pit that is depression. Have you seen the disbelief and incomprehension? Have you been ridiculed by people (even your people)? I certainly have. For me, I’ve lived through all of that.

I’ve had moments where I’m filled with both joy and despair, simultaneously. Except, I’m not rich or famous. And yet, I probably still want to be. But what is the cost of creating a public persona that is all about the positive? Success. Fame. Wealth. Adventure. How painful and lonely must the discord be amidst the real experience of emptiness and this image of fullness that we feel we have to display to the world?

But if we can simply tell ourselves and the people in our lives how we really feel, maybe, we wouldn’t hurt so much. I mean, I isolate myself and then I get upset when I’m alone. But I’m trying. And like me, maybe you wake up every morning just to fight with the same demons that left you so tired the night before. You know what though? That right there is bravery.

Because the most courageous thing you can do is continuing to live when all you want to do is die. Because your story is far from over and you’re doing better than you think. So keep fighting. Keep talking. Keep listening. Above all, please remember that strength is what we gain from the madness we survive. So yeah, I have depression. But I prefer to say I “battle” instead of “I suffer.”

Because depression hits but today, I hit back. Who’s with me?

9 thoughts on “Depression, Despair & Death: Here’s My Take on Why So Many Americans are Sad Enough That They Think Ending Their Life is The Only Way Out”