With all the crazy news happening, it’s hard to keep up with every single headline.

Well, here’s one for you. According to the Washington Post, the CDC (Centers for Disease Control and Prevention) estimates that roughly 44 people die each day in the United States as a result of a prescription opiate overdose. At the same time, there are over 100 million Americans living with some type of chronic pain lasting three months or longer.

And given the currency of chronic pain and its often debilitating impacts, it is not shocking that prescription opioid narcotics are now the most commonly prescribed class of medications in the U.S. In fact, I once heard someone say that America is the most overprescribed country in the world.

Let me preface with this though:

Not all pain patients are addicts. There’s a big difference between dependence and addiction. Period. Maybe you’re a recovering addict yourself? Is someone close to you addicted? Perhaps, you simply feel empathy for a friend living with chronic pain? Or maybe you’re the one with it yourself? Sometimes, you want to get off these pills, but your pain or brain won’t let you. 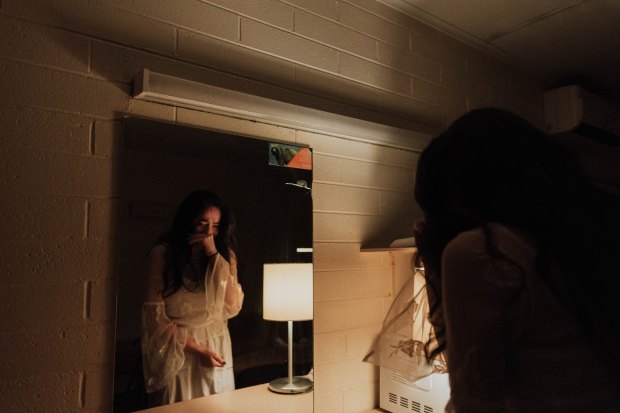 Regardless of the reason, I get it. Some people take them exactly as prescribed and do not have issues with substance abuse. As an addict, during my addiction, after I did my first painkiller something flipped in my brain. I turned into an animal; I did whatever it took it get my next pill, even if I knew it was wrong. And as a type one diabetic with chronic pain, I understand your daily dilemmas. I personally don’t take these meds anymore but I understand if you do.

So for the pain patient who has been prescribed opioids for a couple years, yes your body may be physically dependant on these pills, however, your brain doesn’t have to be (more on this later), which brings us back to the fact that not all pain patients are addicts.

But for those like me, it’s not so easy. Paired with the new prescribing regulations from the CDC because of our current epidemic state, and cautious doctors, sometimes normal pain patients are forced to look elsewhere for their pain relief needs.

Suburb kids are finding themselves hanging out in the wrong part of town just to get their next fix. Maybe they started off taking painkillers from a car accident, a relative’s medicine cabinet (shhhh) or another related trauma. People need to understand that it’s not one part of a whole, but rather the sum of its parts.

It’s not heroin alone or prescription pain pills that are killing people at such alarming rates in America. It’s something far more dangerous and worrying and that’s a powerful opiate called fentanyl —that’s ravishing even the most affluent neighborhoods.

I mean, in 2015, more than 52,000 people died from a drug-related overdose —nearly two-thirds of those people were linked to opioids such as OxyContin, heroin, and fentanyl including illicit fentanyl.

If you do the math, that’s more drug overdose deaths than any other period in U.S. history —even more than past heroin epidemics, the crack epidemic, or the recent meth epidemic —the insanity has only increased since 2015, but what was once driving the force has now taken a backseat.

Fentanyl or this case, illicit fentanyl is a synthetic opioid 100 times more potent than morphine (damnnnn). It is sold legally in sprays, patches, and lozenges to treat severe chronic pain.

Per a report by the CDC, those addicted to painkillers are 40 times more likely to abuse or become dependent on heroin. Eventually, the pills become too expensive and people are then forced to turn to dealers who concoct these deadly recipes without a medical license.

Normally, dealers add a mixing agent such as adulterants or diluents to resemble the effects of the substance to make it stretch and last longer. Pure heroin is what the majority of addicts strive to obtain. However, it is much more likely that the drug is cut with another substance —before being sold on the street. Substances typically used as additives can vary widely —from powdered milk or starch to even poisonous bases, such as quinine or strychnine.

This means when someone is purchasing heroin or illicit fentanyl off the street, you never really know what you’re going to get. These dealers don’t care about safety factors or effectiveness; they are in the business to make money. Period.

If you hear someone reference any of below, remember that these are common street names for fentanyl:

Unfortunately, opioids now own more than 9.2 million Americans but one fentanyl user, in particular, Alison, (who prefers to only state her first name) stands out. Here, she shares the ugly truth that was her drug-addicted life, which all began with a legally obtained prescription.

“From the day I started using, I never stopped. I started on pills from a back injury, but that wasn’t enough,” our herniated disc patient reveals. “I met heroin. And then, fentanyl. Within one week I had gone from snorting heroin to shooting it. Within one month I was addicted and going through all of my money. I sold everything of value that I owned and eventually everything that my mother owned too. Within one year, I had lost everything.” 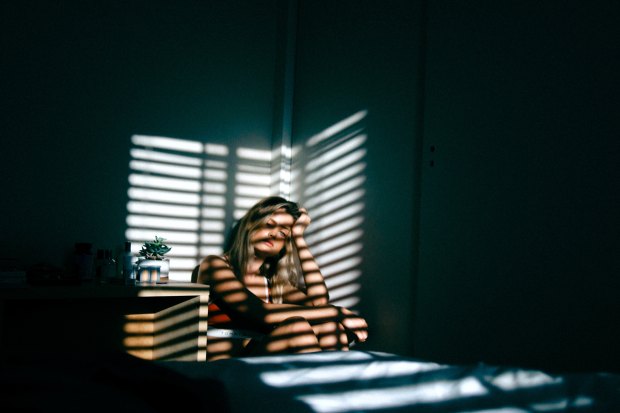 Alison sits in the dark silently reflecting at a Del Ray Beach drug treatment center (rehab) where she thinks back and honestly, it makes her sick —physically ill as she forces the thoughts back down.

The recovering addict sold her car, lost her job, and was kicked out of her mother’s house. She was $25,000 in credit card debt and living on the streets of Camden, New Jersey.

She was the suburb princess on the wrong side of town.

“I lied, I stole, I cheated. I was raped, beaten, mugged, robbed, arrested, homeless, sick and desperate,” she remembers. “I knew that nobody could have a lifestyle like that very long and I knew that death was imminent. If anything, death was better than a life as a junkie.”

Except, with the government limiting prescriptions, various pain patients like Alison are turning to illegal drugs because they can’t obtain pain relief legally. It’s not something anyone wants to talk about, but it’s happening whether society likes it or not.

Alison continues her story —taking it to a back pain and degenerative disc disease (DDD) online forum, as other patients began talking about their experiences with the new opioid regulations.

“The one person I know who says the recent guidelines have helped —is my neighbor who is a heroin dealer. He says business has quadrupled since doctors have started becoming too afraid to help people in pain (which isn’t a coincidence that these overdose deaths have nearly quadrupled since 2015),” Steven, a spinal stenosis, and bulging disc patient writes.

“This has caused me far more pain and suffering than I need nor want. It’s increased my stress, anxiety, and depression because nobody seems to care that I suffer like this,” he apprehensively adds.

Get this. The Drug Enforcement Agency (DEA) makes over 30,000 arrests each year related to the sale and distribution of illegal narcotics. Mexican drug cartels have become more destructive, usually, more violent —in an effort to transfer more of their product up north.

This has left many communities throughout the U.S. in destruction, as the accidental death numbers rise —all connected to gang violence and substance abuse, which only continues to increase as well.

“Because people are unable to get adequate pain relief from prescribed medications due to the fear instilled to doctors by these ‘guidelines,’ most people, in my experience, are turning to the streets,” advises a registered nurse and degenerative disc disease patient, Susan. “This explains not only an increase in overdoses but also an increase in suicide from chronic pain patients.”

“I found it easier to get medications through the black market than through my doctor. I spend about $1,000 per month in medications through the black market, but at the end of the day, that’s less than the deductible on my insurance. And they deliver to my house,” says sciatica and fibromyalgia patient, Sharon. “My fear right now is that I’ve been using medications that I buy from a dealer. Thus far, they appear to be real and I’ve been okay, but I’m afraid that I may eventually hit a bad batch laced with fentanyl.”

For those taking opioids, not including illicit fentanyl, you may see this as some form of good news on what’s driving this epidemic, but it still doesn’t diminish the thousands of Americans dying from these drugs whether a doctor prescribed or boughten from the street.

People are Still in Pain

And people are still dying at such alarming rates. There’s got to be a better way to help these souls find pain relief without doctor shopping or black market buying. There’s got to be a way to reach the masses to not only solve the problem but find a solution to this ongoing epidemic. And I think, there is one.

In my next blog post, I’ll be discussing, CBD Oil: People are Feeling Good & Healing Better, which in my opinion may be that solution.